Each year, we celebrate those awarded the Nobel Prize in Chemistry for their pioneering work in the field. The annual recognition is not only an opportunity to look back and learn about their important collection of research, but also to explore—and be inspired by—the immense impact their discoveries have had on innovation.

On October 3, 2018, the Royal Swedish Academy of Sciences awarded the 2018 Nobel Prize in Chemistry. The award was split, with one half going to:

And the other half awarded jointly to:

Together, they developed methodologies that allow scientists to create novel proteins in bacteria and viruses by controlling, or directing, their evolution. Specifically, Arnold was awarded "for the directed evolution of enzymes" and Smith and Winter "for the phage display of peptides and antibodies".

Scientific progress builds on what came before

Fundamental to the advancement of science is the concept of standing on the shoulders of giants. Although Arnold, Smith and Winter were recognized for reaching the pinnacle of their professions, their landmark discoveries were built upon earlier work of countless other researchers. According to the Associated Press, Smith said shortly after he won the prize:

Very few research breakthroughs are novel. Virtually all of them build on what went on before. It’s happenstance. That was certainly the case with my work. Mine was an idea in a line of research that built very naturally on the lines of research that went before.

Such formative research, as well as the seminal work of this year’s prize recipients, is documented and connected through citations in the journal articles and patents that comprise the scientific literature. At CAS, hundreds of scientists read the literature every day to extract, organize and connect the valuable details found within, covering advances in chemistry and related sciences over the last 150 years.

For example, in the journal article where Arnold first reported on directed evolution, her team acknowledged Hageman, Struhl, Knowles and others for their earlier work in the field. Where these researchers effectively used random mutagenesis to alter enzyme features, Arnold's team applied sequential random mutagenesis and screening "in an approach that partially mimics the natural evolutionary refinement process."

As Arnold continued to advance the science, her team was also greatly influenced by the work of William (Pim) Stemmer, "a prominent early contributor to the development and implementation of methodology for directed evolution." His DNA shuffling strategy improved the directed evolution methodology by allowing for rapid propagation of beneficial mutations.

To speed innovation, it is essential that your researchers understand and appreciate what came before. With CAS's intellectually indexed content collection, paired with information solutions such as SciFindern, they have the most efficient tools to glean insights from the scientific literature, giving your organization a competitive advantage.

The extraordinary impact of groundbreaking discoveries

The real-world importance of the work of Arnold, Smith and Winter cannot be overstated. Harnessing evolution, albeit in simple microorganisms and viruses, enables scientists to create a diversity of unique proteins to meet an expanding array of needs across industries. As summarized by the Royal Swedish Academy of Sciences:

Enzymes produced through directed evolution are used to manufacture everything from biofuels to pharmaceuticals. Antibodies evolved using a method called phage display can combat autoimmune diseases and in some cases cure metastatic cancer.

Looking forward in time from their Nobel Prize-winning research, we see how their methodologies have been refined and the innumerable ways that others are leveraging the technology to solve problems. Stemming from Arnold's 444 journal articles and patents to date, we see more than 13,000 references in later publications, most frequently reporting on applications of the methodology in the chemical industry.

Similarly, the work of Smith and Winter is documented across 323 journal articles and patents, and is referenced more than 15,000 times in later publications. Their discovery of phage display methodology is particularly notable for applications in the pharmaceutical industry to combat a variety of diseases. 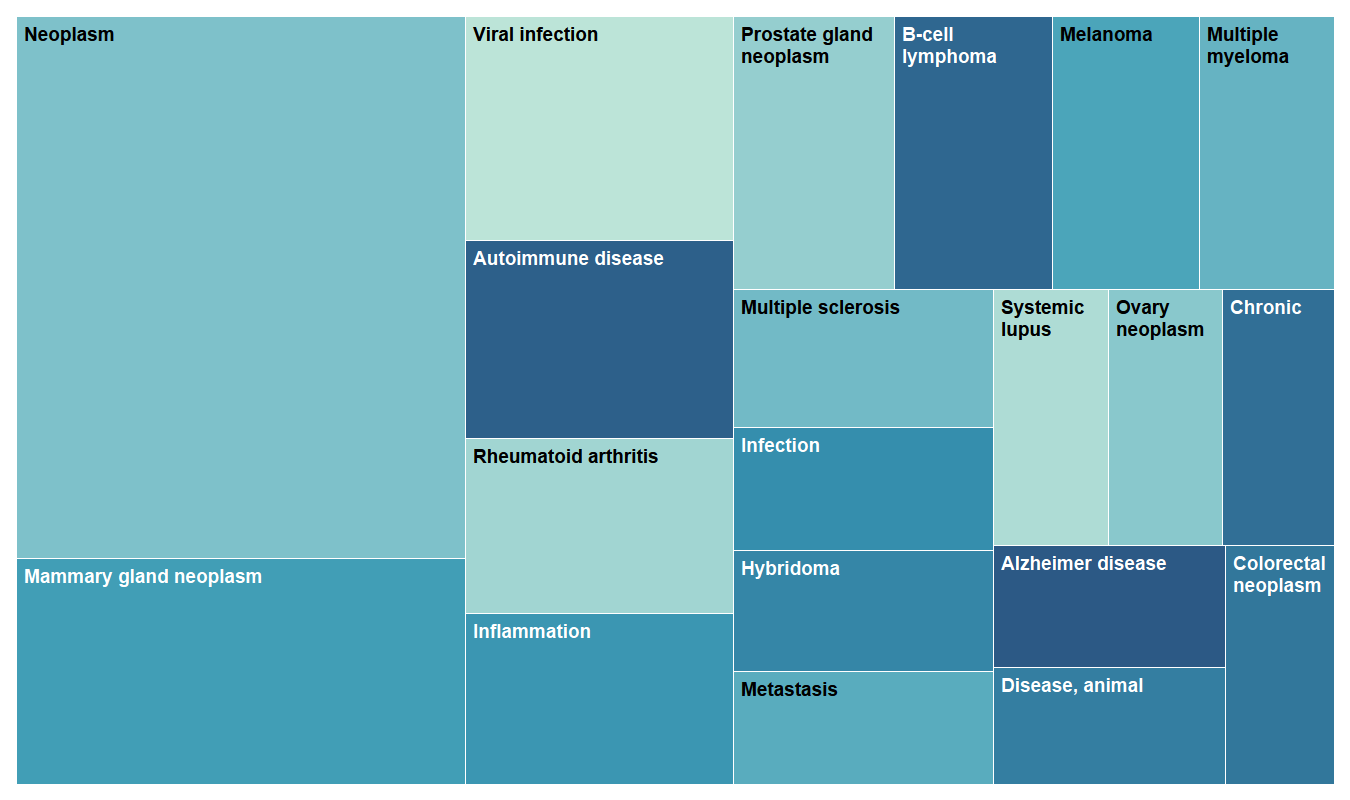 CAS, your partner in uncovering insights from the world's scientific literature

At CAS, we understand that your organization's discovery process depends on having efficient access to the most complete repository of information, whether it's Nobel Prize research or the foundational science from which it was inspired.

Our scientists curate the world's scientific literature—as they have the past 110 years—to ensure you have the highest quality and most up-to-date collection of information at your fingertips, as well as insights and analytics to help you make sense of the vast and rapidly expanding universe of knowledge.

Will your next big discovery be inspired by the pioneering research of this year's Nobel Prize winners? Learn how CAS can help.