We asked Konishi Chemical Industry Co., Ltd., a chemical research and development company based in Wakayama, Japan, how they use SciFindern, to speed up their science to develop profitable solutions in an ever changing market. 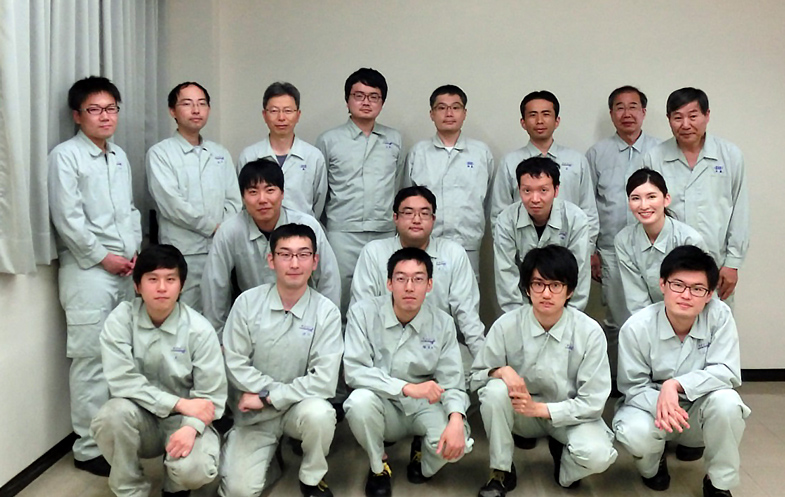 CAS: Could you give us a brief history and summary of Konishi Chemical Industry?

Mitsuru-san: Since its founding in Wakayama in 1962, the company has been using sulfonic reactions as a principal technique in the chemical manufacturing industry. In addition to conducting research and carrying out production at our plant in Wakayama, we opened a factory and production department in Fukui Prefecture in 2013.

Kozaika in Wakayama, where we are based, is home to a cluster of diversified chemical companies. From the Edo era onward, Wakayama had a thriving weaving and dyeing industry. Initially, synthetic dyes for dyeing were mostly imported from Germany.

After the First World War, imports were stopped and dyes had to be produced domestically. At this time, Yura Asajiro succeeded in manufacturing aniline, an important ingredient of synthetic dyes. He went on to found Yura Seiko (now Honshu Chemical Industry Co., Ltd.) in Kozaika. As new manufacturing techniques were developed, additional chemical companies were introduced to the area, including Konishi Chemical.

At the time it was founded, Konishi Chemical was an intermediate chemical manufacturer with a primary business in dyeing additives. Today, we are applying our core techniques to new technical areas and developing and producing fine chemicals for a variety of applications to support the evolving needs of our customers.

CAS: What are your main products?

Misturu-san: Our main product is DHDPS (dihydroxydiphenyl sulfone). Over time, we  developed a process for manufacturing high-purity DHDPS suitable for the manufacturing of photo film. We were the first company in the world to succeed in industrializing the synthesis of this high-purity product and subsequently became the supplier to a British chemical manufacturer. The company needed DHDPS as a raw material for a super engineering plastic called polyether sulfone (PES).

When they thought that they we wouldn't be able to continue to buy their raw materials from a small supplier in Wakayama, they decided to develop their own DHDPS manufacturing technique. However, our patented technique proved to be superior, so they decided to get a license for our technique. We were proud that our product was selected by the world's largest company at the time, and today, we continue to supply DHDPS to manufacturers of PES.

CAS: Has Konishi been involved in other new technical fields?

Mitsuru-san: Yes. With the recent rise of chemical manufacturing in India and China, we are shifting research and development away from manufacturing intermediates towards new technical fields.

Since our strength has always been in sulfonation techniques, we are working to expand the application to new fields, including polymers. The sulfonated polyether sulfone we developed has properties exhibited by sulfone groups, such as proton and electron conductivity. We anticipate that it will have applications in electrolyte film used in fuel cells, functional separation membranes and more.

We are also working on PSQ (polysilsesquioxane), a compound that has both inorganic properties from siloxane bonds and organic properties from organic functional groups. This hybrid material is sought after for its heat resistance, optical transparency and hardness. The market for PSQ is expected to expand due to potential application in semiconductor resistors and as an LED encapsulation and coating material. With an eye on future mass production, we constructed a new plant and established a production line dedicated to inorganic (PSQ) in October 2018.

Since 2002, we have also manufactured multi-functional epoxy resins used in carbon fiber composite materials for aircraft. Epoxy resin manufacturing has become one of our new strengths.

CAS: What are the chemical product development strengths of Konishi Chemical Industry?

Mitsuru-san: In contract manufacturing, we don't simply recreate an previously completed product. We work together with the customer on product development, starting from where they are in their development process.

During both research and development, we assume that we will scale up production and we keep production technology and chemical engineering in mind as we perform experiments in the laboratory. We refer to this as "R&D-E” (Research & Development Engineering) rather than simply R&D.

CAS: What's the secret to creating research and manufacturing techniques that are globally accepted?

Mitsuru-san: Our positive and open corporate culture motivates our employees. The CEO is also proactive in communicating with employees. For example, we have an initiative that we call "moving desk", where the CEO moves his desk to a different department for one week every month to socialize with the team.

Another initiative is one we call "listening communication", where selected employees have the opportunity to talk one-to-one with the CEO for 30 minutes. If an employee makes a good suggestion, the CEO immediately passes it on to management to ensure the suggestion is taken on board. In addition to identifying ideas for change, it also enhances employee motivation. Whether you are a young employee or a veteran, these initiatives make for a corporate culture where people can be proactive about their ideas.

CAS: How do you use SciFindern on a daily basis?

Shinke-san: I work in the information search group and use SciFindern for research and development, particularly when we need patent-related information or information on synthesis routes or manufacturing methods for a specific chemical compound. Employees also use it to gather information in the early stages of development.

CAS: Do you find SciFindern easy to use?

Shinke-san: The interface is easy to use, even for beginners. In fact, new employees who had never used SciFindern before told me they were able to use it immediately without issues. I find PatentPak® in SciFindern to be a great help. The location of a chemical substance in the patent can be seen at a glance, which makes for more efficient work.

Foreign-language publications are also available as text-searchable PDF, so you can search by keyword and copy/paste the text into translation software. This has reduced the amount of time I spend on these tasks considerably. It's also convenient that the results of a patent search by CAS Registry Number® (CAS RN) can be filtered by concept (index).

CAS: For SciFindern, we've recorded the experimental section from an expanded range of journals in the hope that this will make it more useful. Do you also use it for things like patent monitoring?

Shinke-san: I use the alert function once a week to monitor documents containing CAS RNs relevant to our products. It is useful for gathering both good and bad information, such as what a chemical is being used for and whether any patents have been infringed. It also allows me to filter the results by year.

The CAS helpdesk is also important. If you have a problem, you can call or email to get a prompt and accurate response. The helpdesk staff  have solid chemistry backgrounds who not only answer questions  about how to use SciFindern, but advise users  on search strategies and approaches suitable for your research.

The joy of contributing to society through the manufacturing industry

CAS: Tell us about your aspirations for the future.

Mitsuru-san: I think the strength of Konishi Chemical is that we have a culture where anyone's idea can immediately become a top priority. It's a workplace that makes your efforts feel worthwhile. As a company, I hope we can continue working to contribute to society, while improving our technical capabilities and working in a way that brings happiness for myself and the employees.

Shinke-san: Whether it's contract development or in-house development, it's good when you feel that your ideas have been applied in various products that are circulating around the world through the manufacturing industry. As we don't make the end product, our name is not on the package. However, I'm constantly aiming for the kind of development where I can be proud to say I was involved in it and I was one of the reasons for the breakthrough.

CAS: Thank you for your time today. We appreciate the opportunity to discuss your chemical research and development business and how you use SciFindern .

Under the motto "Integral Chemistry", it meets the needs of customers with products utilizing electronic materials, aircraft materials, materials for advanced technologies, such as fuel cells and organic EL, and pharmaceutical intermediates.

Unravel the potential of internal R&D data: Curate and connect for searchable insights

Read how iuvo BioScience teamed with CAS IP Services to help clients move new products from research to release faster, and at a lower cost.

This case study features Konishi Chemical Industry Co. Ltd., a chemical research and development company based in Koizaka, Japan, and how they use SciFinderⁿ to speed up their science to develop profitable solutions in an ever changing market.

A strong data platform enables valuable R&D data to be integrated where and when it is needed. Yet, managing scientific data requires expertise. Researchers at a leading materials organization learned key principles of data management through specialized training at CAS.