Director of the Institute of Polymer Research, HZG Geesthacht and Professor at the University of Hamburg; Institute of Physical Chemistry
Geesthacht, Germany

Professor Abetz studied Chemistry at the Univ. in Freiburg. He was a fellow Student at Stanford university before his PhD in 1990 in Freiburg. After his PhD his career steps included being scientific assistant at the MPG; PhD fellow at the Université Louis Pasteur Strasbourg and Research Associate at the Univ. Mainz and Bayreuth. After his habilitation in 2000 Prof. Abetz was guest lecturer at the Univ. Regensburg and at Univ. Catholique de Louvain, Belgium. He became associate Professor at the Univ. Potdsdam in 2004 before being appointed as director of the Institute of Polymer Research at the Helmholtz-Zentrum Geestacht in 2004 – first in conjunction with being a full professor at Univ. of Kiel and since 2013 along with being a full professor for Physical chemistry at the Univ. of Hamburg. 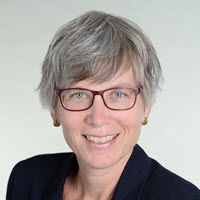 Dr. Beulich brings over 17 years experience in various roles of increasing responsibility in the construction industry focusing on improving Dow’s products’ performance and offering. In 2016 she was promoted to Associate Director for Construction Chemicals TS&D in Europe, Middle East, Africa and India. In 2018 she added responsibilities for cellulose ether and redispersible powder R&D globally. Between 2004 and 2016 she successfully led a multifunctional global team that resulted in the discovery, validation and implementation of a new, more sustainable polymeric flame retardant for polystyrene insulation foam, patented as BLUEDGE™ technology. From 2003 to 2010 she was based in Rheinmunster, Germany. Prior to this she worked 4 years in the Polyolefins TS&D, including a short-term research assignment to Freeport, Texas USA. Dr. Beulich holds a Master of Science degree in Chemistry and a PhD in Macromolecular and Technical Chemistry from University of Hamburg, Germany. 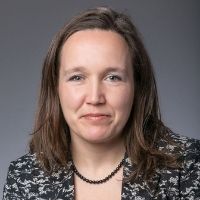 Dr Bibiana Campos Seijo is the Editor in Chief of Chemical and Engineering News (C&EN) and vicepresident of the C&EN Media Group. C&EN is the news organization of the American Chemical Society, one of the largest scientific societies in the world. In her current role Dr Campos Seijo leads a large team of editors, reporters, designers and engineers based in the U.S, Europe and Asia. C&EN is the world's most comprehensive and authoritative news source about chemistry and related fields, providing coverage on a broad spectrum of topics, including research advances, business and policy trends, chemical safety practices, career guidance, and more. Since Dr Campos Seijo took the helm of C&EN at the end of 2014, the Group has undergone a significant transformation, from a news organization centered around a lauded but niche print publication to a global, multichannel media brand. Under her leadership, C&EN has received a number of accolades and awards recognizing its editorial leadership, design, multimedia products, innovative culture and more. Prior to joining C&EN, Dr Campos Seijo was Editor in Chief of Chemistry World and Magazines Publisher at the UK’s Royal Society of Chemistry. Earlier in her career, she worked as Editor of a portfolio of pharmaceutical titles at Advanstar Communications and as technical editor at the European Respiratory Society. Dr Campos Seijo holds a BSc in Chemistry from the University of Santiago de Compostela in Spain and a PhD in Chemistry by the Manchester Metropolitan University in the UK. 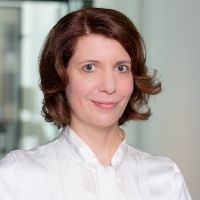 Dr. Sabine Kossak is currently working as a patent attorney in the firm Olbricht Patentanwälte in Hamburg. After obtaining her degree as a chemist (Diplom-Chemikerin) at the University Paderborn her and a PH.D. in technical and markomolecular chemistry (polymer reaction engineering) from the University Hamburg in 2000, she completed her training as a patent attorney and has been a German and European patent attorney since 2003. After her training she became head of the patent department at a private law firm. Just recently, she joined a Patent attorney firm to head the new Hamburg Office. She advises clients in different chemical fields as well as other technical fields on the protection of their inventions. Besides her work as a patent attorney she gives lectures on patent law and intellectual property law. 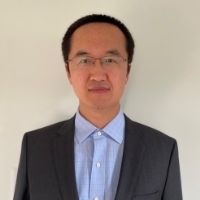 Dr. Lin was born in Yantai, Shandong, People’s Republic of China. He has obtained his Bachelor of Engineer in Biochemical Engineering at the East China University of China. After that, he has lived 11 years in Kiel, Germany, where he has further learned German language, and studied Biochemistry and Molecular Biology to obtain his Diploma at the University of Kiel. After promotion in Biochemistry and worked as Postdoc for two yeast, he has moved to Columbus, Ohio, where he has worked as Postdoc for two years at the Ohio State University. Before joining CAS, Dr. Lin has worked as Application Scientist for technology transfer and trouble shooting.

Devid Mrusek (born in Frankfurt, Germany) studied chemistry in Zurich and Berlin and conducted a doctorate in Marburg in the field of biochemistry/structural biology. In addition to his studies, he worked as an author/editor for two student publications and gained experience in event management. Since 2019, he has been working for Evonik, first as a scientific advisor for the managing director and later as a project manager at Creavis, the strategic innovation unit of Evonik. In addition to his work, Devid is interested in sports, politics, travel and history.